Idaho Has a New State Librarian 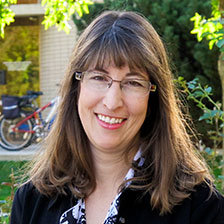 At its meeting on August 15, 2019, Idaho’s board of library commissioners appointed Stephanie Bailey-White to the role of Idaho state librarian.

The Idaho state librarian serves as the chief executive officer of the Idaho Commission for Libraries (ICfL) and is charged with implementing the board of library commissioners’ promulgated rules and policies and with managing the operations of the agency. The ICfL is the state’s library development agency, which builds the capacity of the more than 850 public, school, academic, and special libraries in Idaho to better serve their communities.

In 1991, Bailey-White joined the state library (now the ICfL), as the agency’s public information officer. In 1997, she and a colleague launched the Read to Me early literacy program, which is an initiative that continues to grow and be successful in its goal of helping to ensure the youngest Idahoans are equipped to accomplish their potential.

In 2016, Bailey-White was promoted to deputy state librarian. In that role, Bailey-White served as a member of the ICfL’s management team, oversaw the agency’s 12-member library development division, and conducted strategic planning for the agency.

“It is truly an honor to be appointed to this role,” Bailey-White said. “I am fully committed to the ICfL’s mission and inspired on a daily basis by what Idaho library staff are doing to make our state an even better place in which to live and learn.”

As state librarian, Bailey-White hopes to expand partnerships with statewide stakeholders and pursue additional funding opportunities to strengthen the vital role of libraries in Idaho.